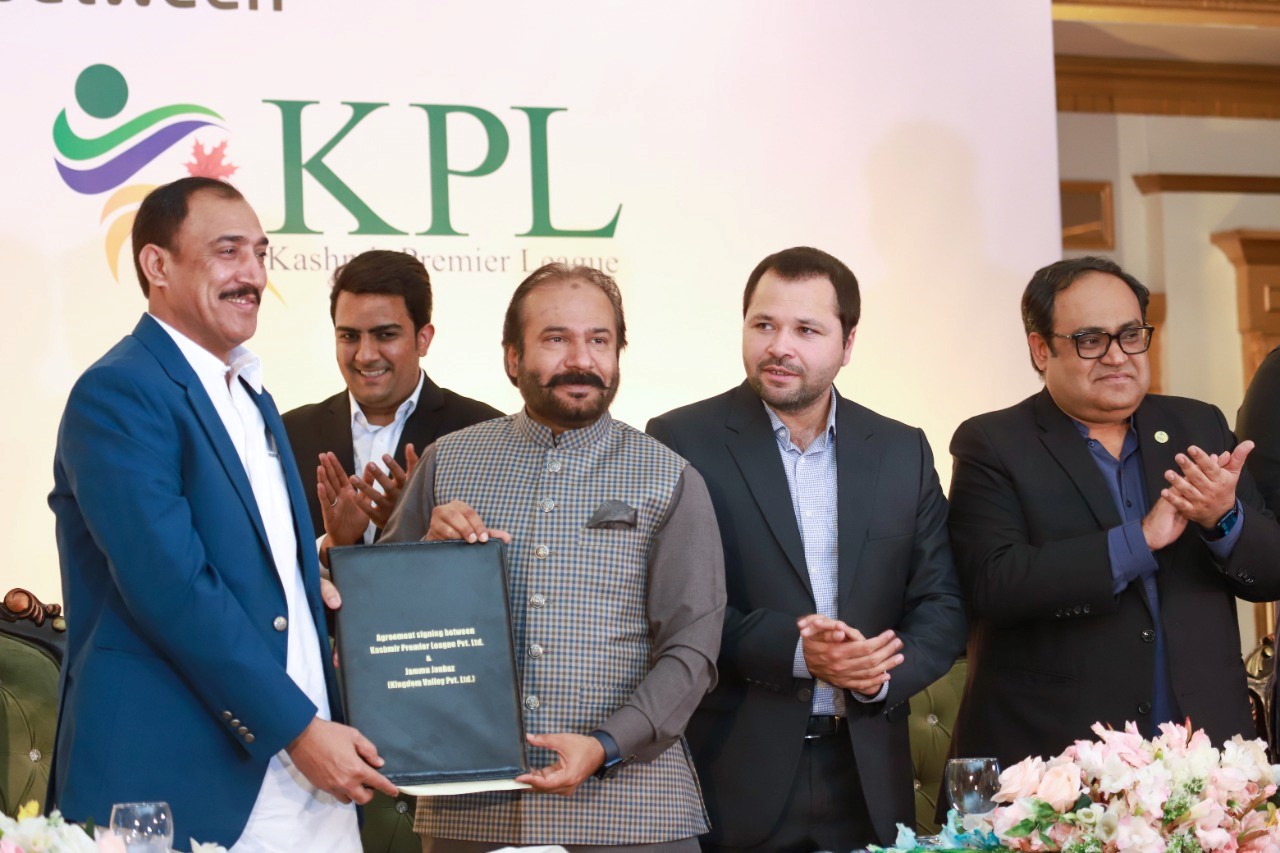 While addressing the audience, Col. Raza briefed about the team and confided in the collaboration with KPL by becoming another supporting pillar of KPL. He pleasantly announced the launch of their team and vowed his commitment to add the essence of delight and enthusiasm to KPL.

President of KPL Mr. Arif Malik elaborated the story of how the name of Jammu Janbaz was chosen and it is the only team representing Kashmiris from Azad Jammu & Kashmir and Indian Illegally Occupied Kashmiri. He added that KPL will sponsor and send 10 Kashmiri Youngsters abroad for training and play at the international level representing Kashmir. He congratulated and appreciated the management of Jammu Janbaz on the launch and signing ceremony of the team.