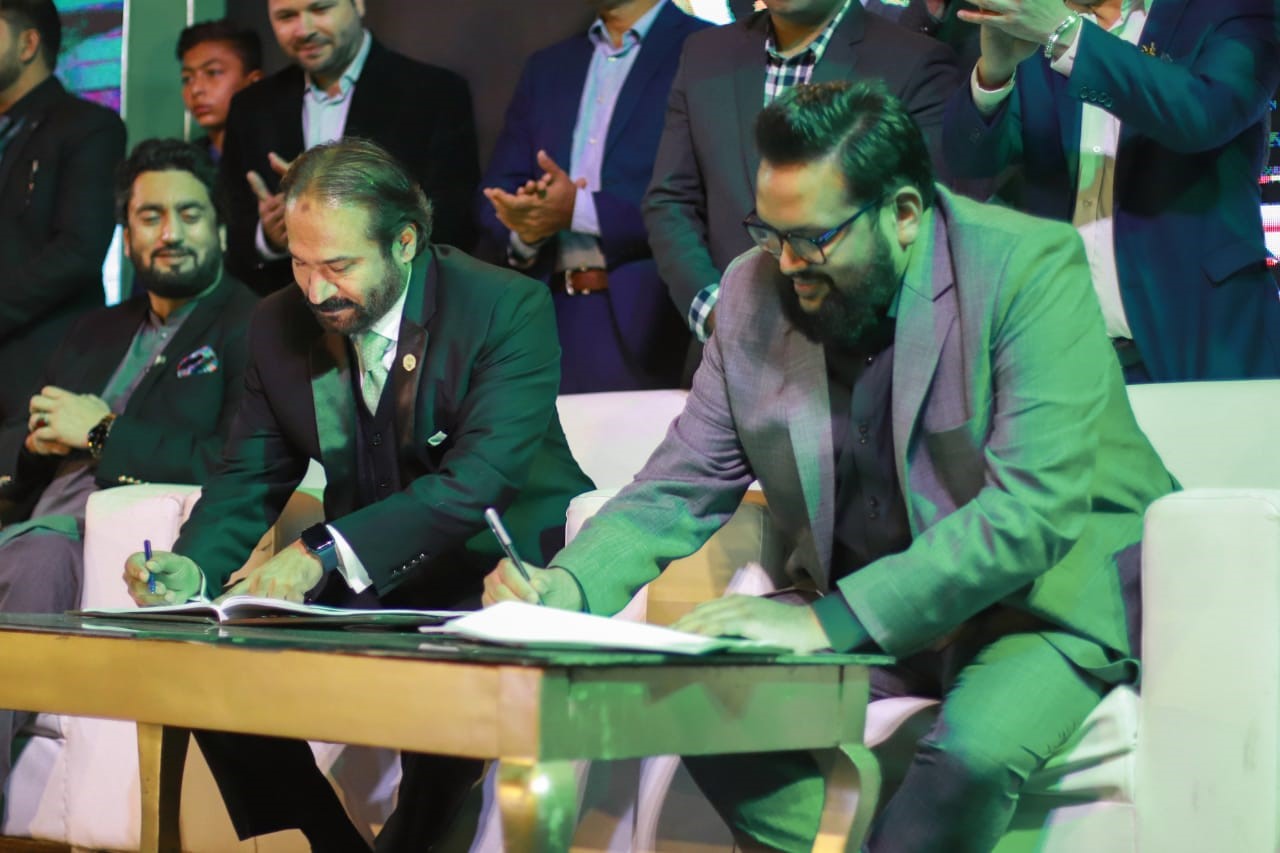 In the pursuit to kick-start the Kashmir Premier League 2nd Edition implementations, a launching and signing ceremony of “The Great GBK Markhors” with Kashmir Premier League was held on Sunday, February 6, 2022, at Jinnah Convention Center, Islamabad. Ch. Shahzad Akhtar (CEO KPL) and Mr. Jahanzeb Alam (from Markhor Sports (Pvt.) Ltd.) along with other members briefed about the team and signed the agreement.

While addressing the audience, Mr. Shehryar Khan Afridi congratulated the team management on becoming another supporting pillar of KPL and endorsed the signing ceremony. He vowed to support the team GBK Markhor as well as the Kashmir Premier League in all manners for the accomplishment of season 2 of KPL.

Chief Minister of Gilgit Baltistan Advocate Khalid Khursheed Khan appreciated the initiative of KPL on this occasion and congratulated the management on the great success of KPL season 1. He also cherished The Great GBK Markhors on its addition as a team in KPL. He confided in the collaboration of both and assured absolute support in the coming seasons of KPL.

President of KPL Mr. Arif Malik elaborated the story of meeting with Mr. Jahanzeb Alam (owner of GBK Markhors) and appreciated his effort in launching GBK Markhors. He also conveyed to the audience how KPL and AXI Capital became one unit and pledged his determination of leading the 2nd Edition of KPL to a higher level of the global sports arena.

Mr. Jahanzeb Alam, the owner of the great GBK Markhors pleasantly announced the launch of their team and vowed his commitment to add the essence of delight and enthusiasm in KPL. He exhibited his vision of a long-term association with KPL.