Press Release for Day 3 – MAGNIFICENT KASHMIR WITH ITS PREMIER LEAGUE

Press Release for Day 3 – MAGNIFICENT KASHMIR WITH ITS PREMIER LEAGUE 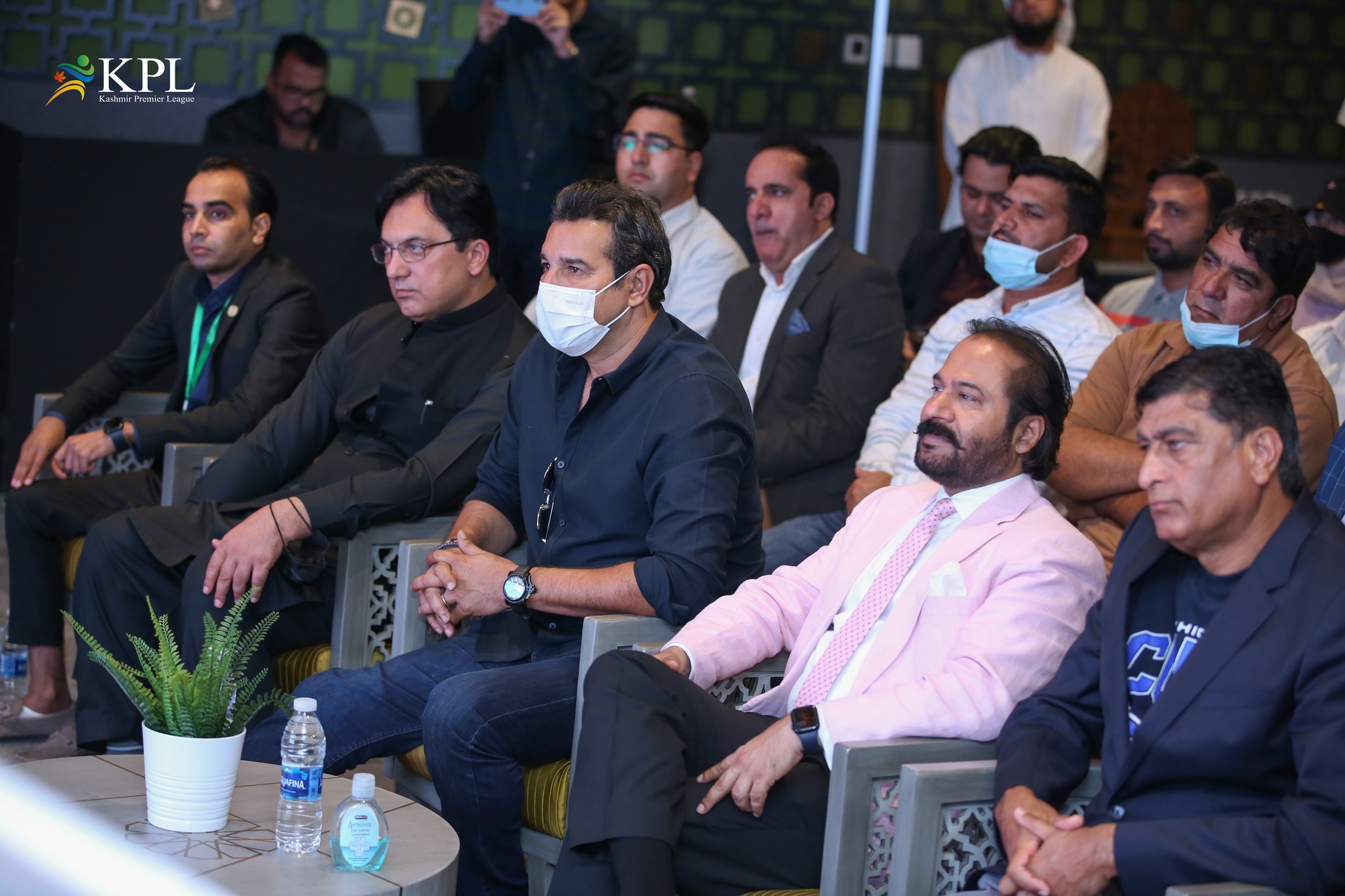 Mr. Arif Malik (President of KPL) in his inaugural remarks on the 3rd day of the event said that KPL Season 1 heralded great shifts in technological advancement, improved international exposure, increased trade, culture, and tourism of AJ&K with a positive impact on the Kashmir region. He said that we launched KPL Showcase Event at the right moment to set the tone for economic & tourism development and create a positive environment for businesses to thrive in AJ&K. Furthermore, the initiative of the cricket academy at Muzaffarabad will enhance the skills of Kashmiri youth as well as the sports culture of AJ&K. He said that KPL Season 2 with the increased number of Franchises and with its finals in United Kingdome will be a major catalyst for Azad Jammu & Kashmir.

Wasim Akram on this occasion acknowledged this 3-days engaging activity by KPL. He illuminated his role in KPL Season 1 and elaborated on the actions envisioned and accomplished by KPL. He declared KPL to be a game-changer league not only for the youth of Kashmir but exclusively for the future of AJ&K with a long-lasting impact on the economy, sports culture, social harmony, and tourism.

H.E. Afzaal Mehmood extended his felicitations for the management of KPL and the Government of Azad Jammu & Kashmir on the great initiative of KPL. He said that it will not only change the lives of residents of Kashmir but will also have a positive impact on the Kashmiri Diaspora around the globe. He wowed to support KPL for its future endeavors in every way possible.

Mr. Mansoor Qadir Dar (Secretary sports and tourism of AJ&K) delivered a note of thanks to the participants, management of KPL, and visitors from around the world for joining Kashmir Gallery and making this graceful KPL showcase event successful. He also acknowledged the media representatives for globally presenting a peaceful and friendly message from Kashmir Gallery at Pakistan Pavilion.

Mr. Abdul Majid Khan in his closing remarks enlightened the cause of Kashmir Gallery at Pakistan Pavilion and praised the efforts of the AJ&K government and Management of KPL in delivering a great and splendid image of Kashmir and its premier league. He wowed to stand firm and support the futuristic ventures for a more developed and prosperous Azad Jammu & Kashmir.

Mr. Arshad Khatak (Chairman of KPL) Ch. Shahzad Akhtar (CEO of KPL), Mr. Taimoor Ali Khan (COO of KPL), and Mr. Saqib ur Rehman (CMO of KPL) also decked the event with their presence. The efforts of these officials along with the team of KPL in organizing this auspicious occasion were highly cherished by the speakers as well as the attendees of the event.

Followed by the speaker’s remarks, TECHSEL exhibited the E-KPL presentation that meets the technological advancement needs of modern times. It introduced the KPL Super App design where the users will not be only able to play the KPL online, but they will also be able to shop the Kashmiri products. The special feature is the exploration of the Magnificence of Kashmir where you can visit the beauty of Kashmir while sitting anywhere in the world. The audience highly appreciated this effort of Showcasing Kashmir via the mobile app through modern technology.

The spectators were very excited to attend the program “Khelo Aazadi Se” with Wasim Akram. The program host Zaariya Khan asked questions covering various aspects of his life, career, and about playing a significant role in KPL Season 1. Wasim Akram also answered several questions asked by the audience present in the show. Afterward, he interacted with the people and presented them with his signed bat and ball.

The crowd at the Kashmir Gallery highly appreciated the 3-days long event of “Magnificent Kashmir with its Premier League” and expressed that they believe that KPL Season 2 will be much enthralling and exciting event. They interacted with media, the management of the Kashmir Premier League, and the high-profile dignitaries from the Azad Jammu & Kashmir Government. The Kashmiri Diaspora present at the event seemed very impressed with the initiative of KPL. They expressed their love and emotions for their motherland and seemed very hopeful for the global success of KPL Season 2.

The media representatives present at Kashmir Gallery enriched the value of the event by exhibiting the KPL showcase event and the magnificence of AJ&K to the world, directly from Kashmir Gallery at the Pakistan Pavilion. All the attendees of the events were very contented with the arrangements and the success of this great showcase titled “Magnificent Kashmir with its Premier League.